Just a few lines of code allow you to add full-fledged interactive maps to your web site or application. And, since it’s amCharts 4 you get all the integration features out of the box: type checking, modules, npm install, you name it.

Best of all, while it requires separate license, Maps still comes together with the main amCharts 4: Charts, be it downloadable ZIP file or npm. You don’t have to juggle packages. amCharts 4 family of products has all your data-viz needs covered, including geographical maps. 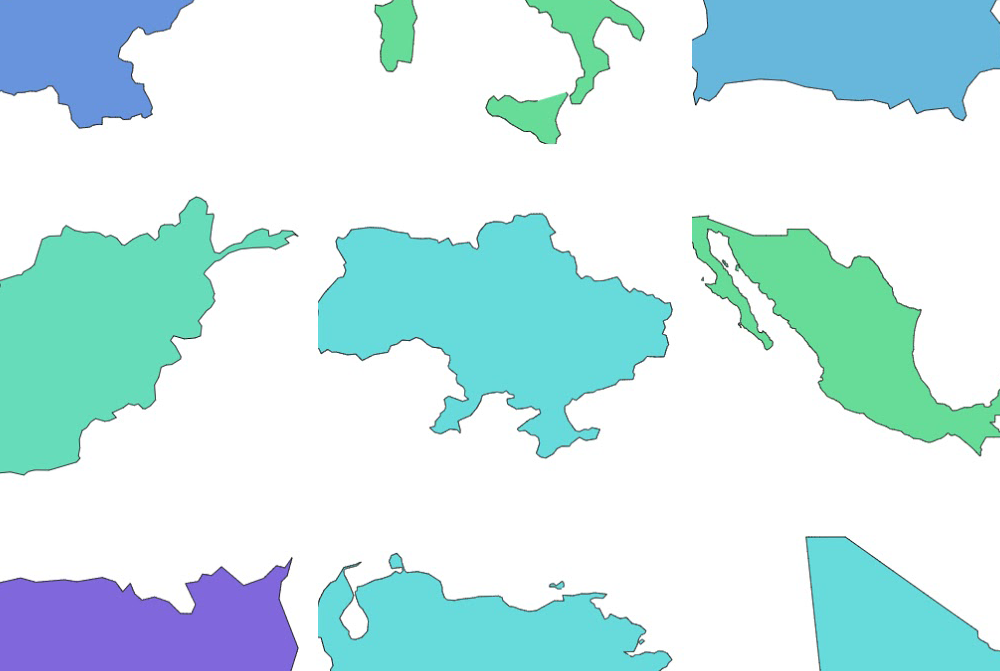 Lots of bundled maps to choose from

Need a country map? A map of Africa or Arkansas? Chances are we already have it.

And, to make it even sweeter, all maps are available in two versions: high and low detail. 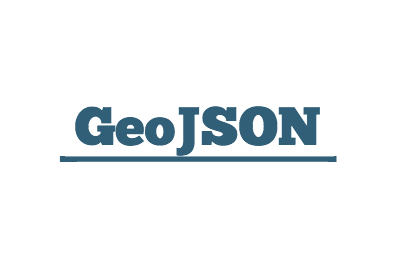 Based on GeoJSON standard

For its functionality, amCharts 4 uses GeoJSON – an open mapping standard.

If a map exists it probably exists in GeoJSON format, or at least is easy to convert to. 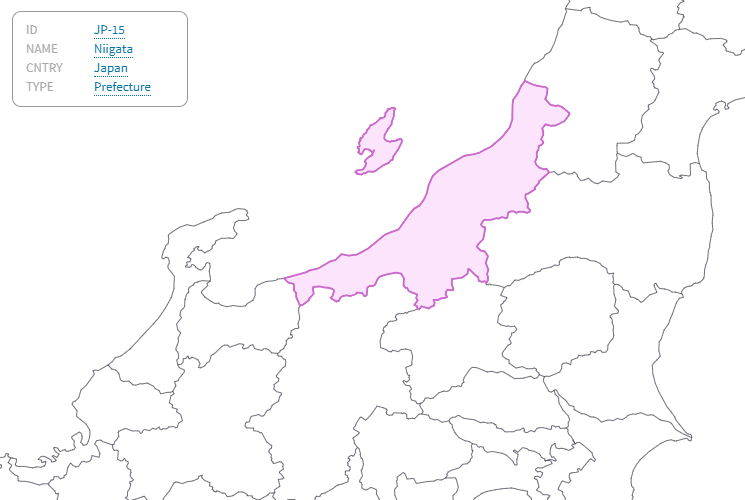 Easy to make your own maps

We don’t have a map you need?

Since amCharts 4 uses GeoJSON chances are the map you need is just a search query away.

And, if you can’t find one in GeoJSON, there’s probably one available in ESRI shape format, which you can easily convert to GeoJSON – no software needed.

Everything on the maps is organized in “series”: areas/countries (polygons), markers (images), lines.

Makes it super easy to apply appearance settings or attach behavior to a bunch of elements at once.

It also allows specifying what exactly to include or exclude from GeoJSON. Do you want just a map of Europe? Simply specify country codes that you want to be included. A world map without Antarctica? Specify to exclude it from the map. 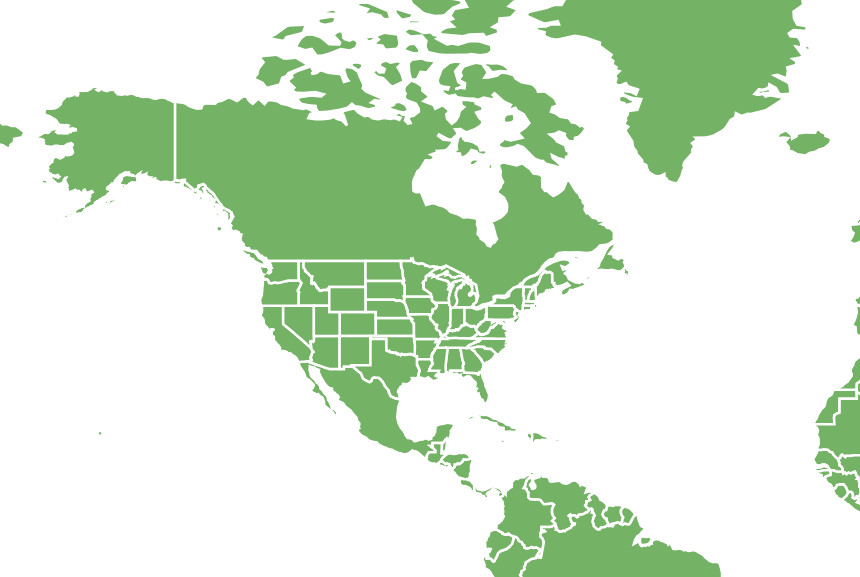 Multi-series support also means you can combine multiple maps on the same chart.

Want to add U.S. states on the World map? No problem at all. 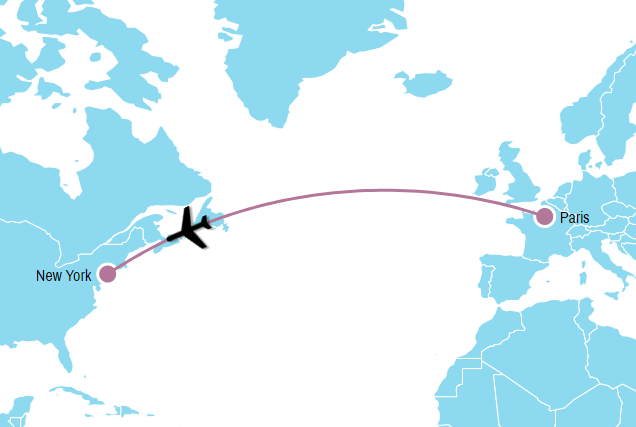 As with anything else on amCharts 4, lines are fully configurable.

Add and position images on them, as well as make them follow relative rotation.

amCharts 4 comes with support for a lot of map projections.

The map is not constrained to be centered on a single point. You can set your own center coordinates, meaning you can create a map centered any way you like.

Or how about a rotating globe by combining coordinate shift with an Orthographic projection? 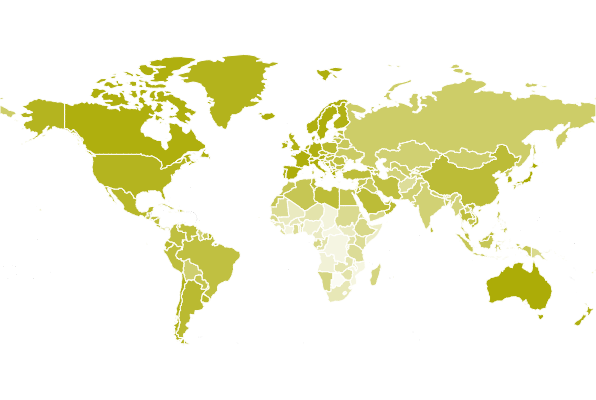 amCharts 4 brings a very powerful “heat rules” functionality, which you can use with maps as well.

Basically, you can bind most of the element’s properties to a numeric value. E.g. color fill of the countries, based on their fields in data, allowing you to create heat maps.

And, of course, you have a “heat legend” control as well. 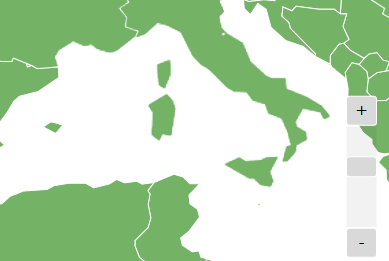 Just a single line of code adds neat control your users can use to zoom in and out the map.

Another line enables the slider.

All elements can be controlled using mouse, touch, and are accessible controls, enabling keyboard control. 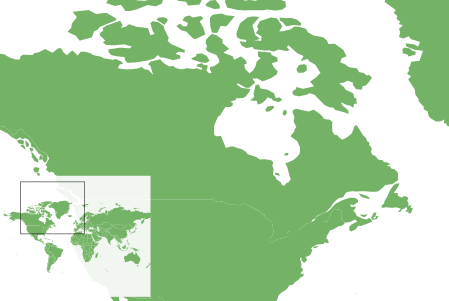 Another easily-enabled control shows “bird’s eye” view on the map.

It will mark the position of the current viewport on a tiny version of the whole map.

And, of course, it supports multiple map series, so it is as functional as the map itself – add mini versions of polygon, image, or line series there. 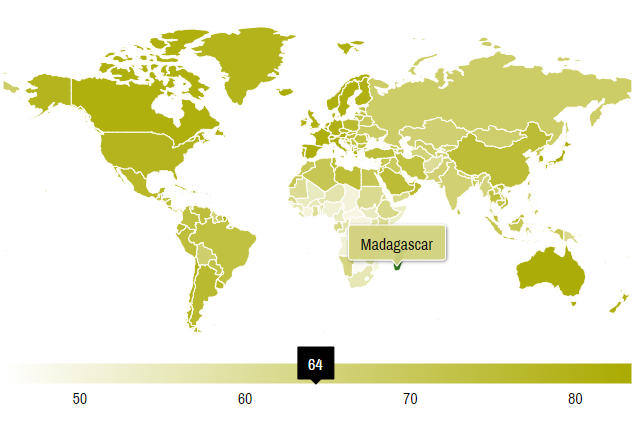 A heat legend allows automatically showing the “heat scale” of the map areas.

It takes the whole range of values and heat colors, then builds a value/color scale.

And, best of all, it can display an indicator of where a particular area is within the scale.

As all our libraries, Maps is available completely free. We’ll just ask you to show a small branding link in return.

If, however, you’d like an unbranded chart, then you’ll need a commercial license. While Maps is an add-on to amCharts 4: Charts it still requires separate license.